HomeOur BlogFor The Love Of Pumpkin
What’s the first thing that comes to mind when I mention Fall? Don’t lie, it’s okay to admit that Halloween comes in second. We now live in a time where pumpkin spice reigns supreme (I personally don’t consider Halloween a runner up; however, I acknowledge the power that this yumminess yields). It’s no surprise then that October 26th is actually National Pumpkin Day and is celebrated by pumpkin lovers all across the United States!

I recently learned about National Pumpkin Day and got a little giddy over the idea of a day solely meant to celebrate pumpkins. 1.5 billion pounds of pumpkins are produced in the United States each year. Makes sense, since you can do so many different things with pumpkins. Of course, baked goods are a natural “must have” and decorating with pumpkins has become a recent trend. I even have a pumpkin bulb available!

I thought it would be neat to find out the craziest, coolest, most unique ways people use pumpkins. It was difficult, but I narrowed them all down to my top 3 favorites (no pumpkin spice allowed!) Check out these clever ideas below and let me know if you have anything to add!

This might be one of the coolest pumpkin carvings I’ve seen! Take a whole pumpkin and just begin carving! You’ll definitely want to remove all of the seeds and center, and do some prep work to ensure the pumpkin doesn’t turn bad too quickly. You don’t even have to carve a pirate ship! Let your imagination be your navigation. 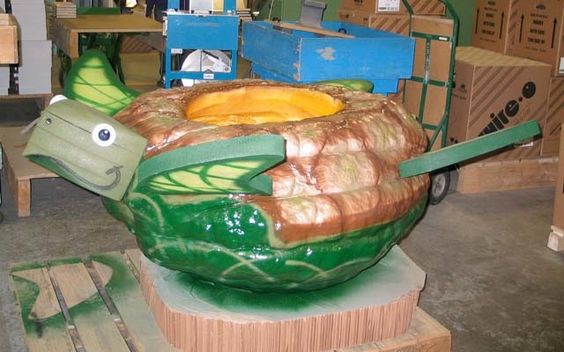 Seriously, pumpkin boat races?! Yes, this is a real thing. Folks hollow out giant pumpkins, dress them up with neat designs, and race them via paddles in fantastic pumpkin boat races! This happens in several different states and is a tradition in a lot of places when celebrating Halloween. 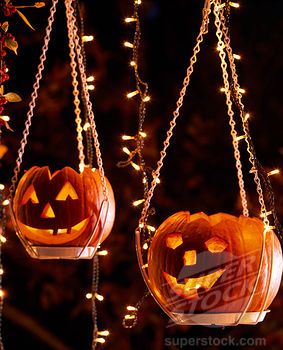 You know me, always looking for ways to spruce up lighting. I found this idea for taking jack o’lanterns and hanging them to create “hanging pumpkin lights”. It would be a super cute idea not only for Halloween, but for the autumn months in general.